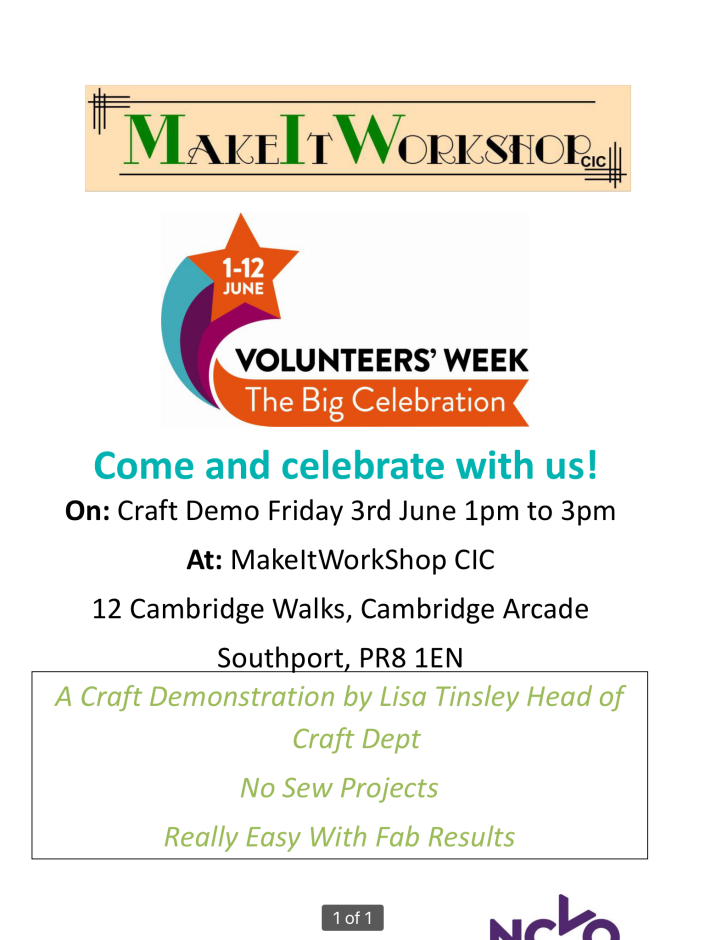 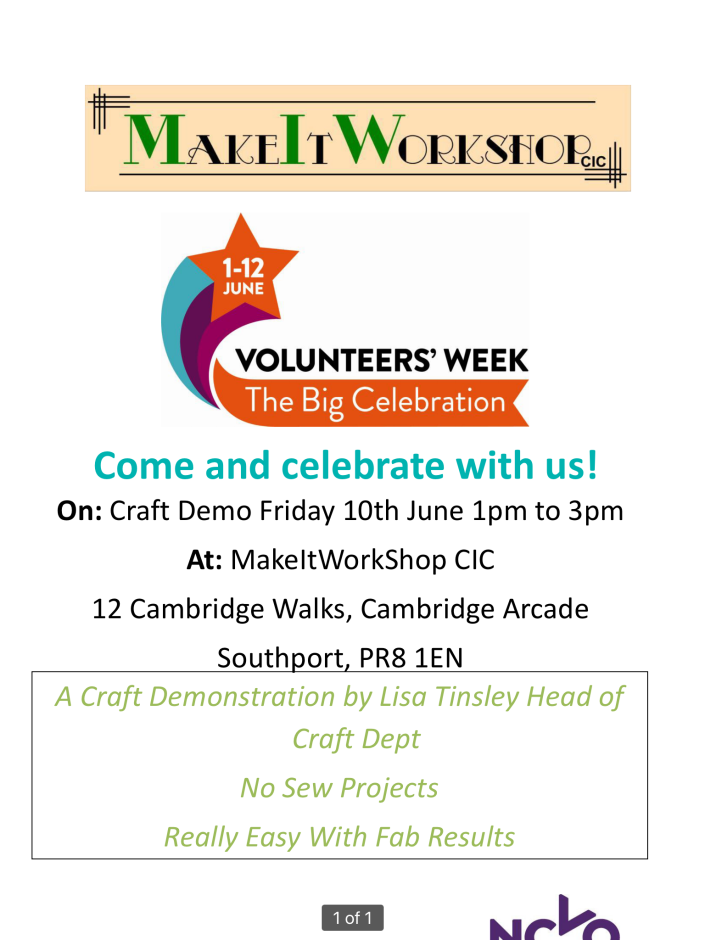 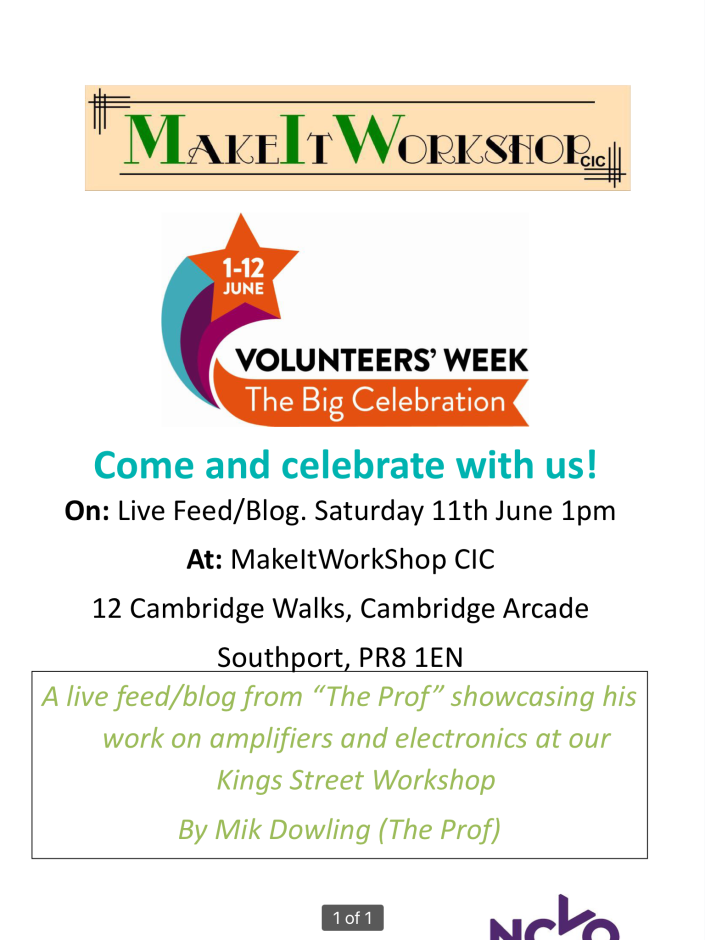 Volunteers Week 1st June to 12th June – A time to celebrate the people in our communities who volunteer –  And showcase what we have to offer new Volunteers .                    !Watch This Space For Information Of What’s Happening ! 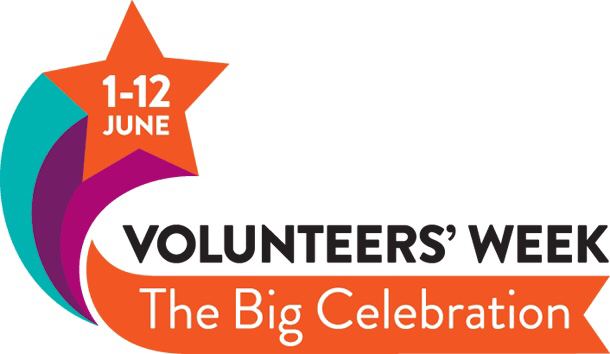 Recognising the people that have already given so much, and encouraging people to try volunteering for the first time.

This year Volunteers’ Week has been extended by an extra five days this year, to enable more people to take part.

Coordinated by the NCVO in England, it runs from 1-12th June, and is an opportunity to thank volunteers as well as encourage more people to give their time and offering volunteering opportunities. Last year more than 750 events took place, from awards ceremonies to open day offering placements to encourage people to take part who are normally unable to commit.

The end of Volunteers’ Week will coincide with The Patron’s Lunch on 12th June, celebrating the Queen’s lifetime service to the more than 600 charities and organisations to which she acts as a Patron, on her 90th birthday. Communities will be encouraged to participate by giving their time and to think about volunteering.

Pop in and see us for a chat.

We are based at:- MakeItWorkShop, Cambridge Walks, Cambridge Arcade, Southport, PR8 1EN. 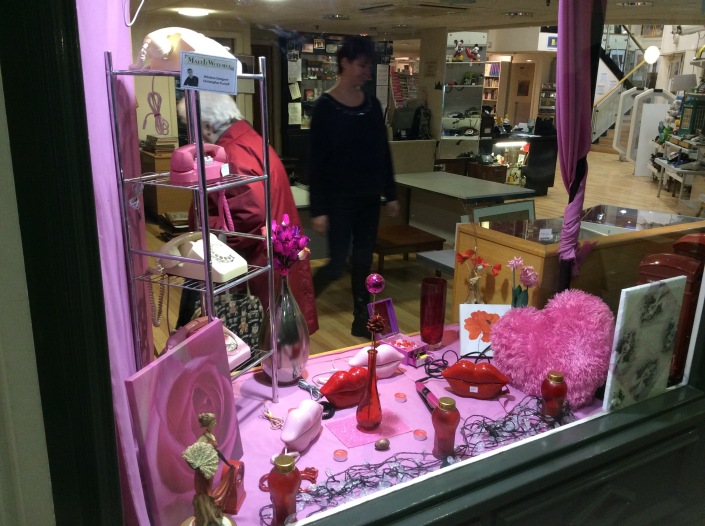 What a wonderful team of talented and dedicated volunteers we have, with so many creative ideas.

We have put those to the test today and come in three hours early to blitz the display window.  We needed to update our window and give it a vibrant and fresh new look.

Well we certainly have achieved that.  A big shout out to Christopher Purcell and Paul Dodd who both came in and gave up their time to clean, polish, vacuum, move, build and re-dress the window.  They have discovered our fabulous wooden floor hidden under the carpet tiles.  They have revamped and given us a new and improved look.    I myself am very proud of what they have achieved.  Our community has so much to offer we just have to give them the opportunity to show off their skills.

We aim to keep our window display updated and fresh so come and check us out at MakeItWorkShop, Cambridge Walks, Cambridge Arcade, Southport, PR8 1EN.

We are always looking for new and talented volunteers, if you would like to join our team please contact us on 01704 535123.

This entry was posted in Latest Updates and tagged display, stock, volunteers, window.

Meet The People That Make It Possible  –  Mike Carpenter – MakeItWorkShop

My name is Mike Carpenter and I started working for MakeItWorkShop back in 2012 after having many disagreements with the other charities I worked for.  We started as Tools For Self Reliance at the Entertainers Store at the front of the arcade.  We were told we had to move after being there only 9 months after obtaining timber from The  Market that was being refurbished.  We have worked really hard to establish the shops we have now at Cambridge Walks, Cambridge Arcade, Eastbank Street, Southport.

I have learnt how to refurbish telephones and work on the till.  Aswell as working in the shop I also work for Shoreline Church, picking up from bakeries and taking the food to the church to be bagged up and given to the homeless.

I also have an unusual hobby of collecting ties (not ordinary ties).   It started with Bus & Coach, Train and Police and to make it more collectable I incorporated Police, Fire, Ambulance and Government Departments from all around the world.    At the present time I have over 1,000 ties.  I am always on the look out for new more rarer items to add to my collection.

Why not call in to see us at MakeItWorkShop, Cambridge Walks, Cambridge Arcade, Eastbank Street, Southport, PR8 1EL telephone 01704 535123. 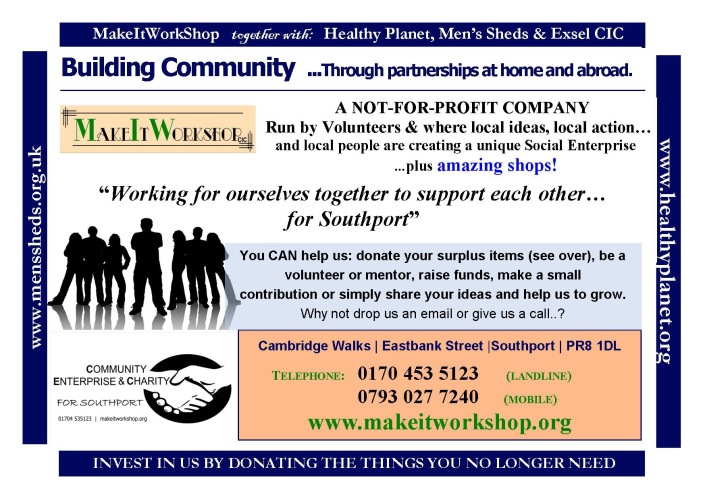 The aim of the event is to raise awareness of volunteering opportunities in the Sefton area.

If you are interested in becoming a volunteer Sefton CVS will have lots of information sheets and leaflets of various places and companies you can contact, including ourselves MakeItWorkShop.

We have contributed leaflets which gives a brief outline about MakeItWorkShop which is a Community Interest Company, run by the community for the community.  Pop in and see us.  We are open Tuesday to Saturday 12 to 5pm and we would love to see you.